The Nissan GT-R Nismo 2014 model has been released at Tokyo Motor Show yesterday. Adam Zillin from 7Tune is giving a nice walk-around, detailing the specs in this YouTube flick. According to Nismo, the car’s design was inspired by the GT3-spec race car, that competed in the 2013 24-hour race at Nürburgring.

The maximum output was increased by 55 horsepower to an immense 600 hp. Torque is spec’d at over 480 pound-ft, which means an increase of at least 35 lb-feet over the stock model. Engine modifications include high-flow air filters and increased diameter turbos. There is no note on a new exhaust system, even tho the pictures show newly designed exhaust tips.

The car’s suspension was tweaked by Nismo and features a larger, hollow anti-rollbar, high-rigidity bolts and a set of custom Bilstein DampTronic dampers.

A lot of carbon fiber has been applied to the car’s body, including carbon fiber sideskirts, a new CFRP front and rear spoiler and some detailing in the cars interior. The Nissan GT-R Nismo 2014 comes with a nice set of carbon fiber Recaro bucket seats, as well as a new Alcantara wrapped steering wheel. On the gallery pictures you can also see newly designed cockpit instruments, which remind me a lot of the Lexus LF-A’s gauges.

According to Nismo, the car flew around the Nürburgring in an astonishing 7 minutes and 8 seconds. Video proof below:

Nissan made several other videos available including the full time-attack lap:

And also a development story:

A live stream recording of the cars premiere can be found here:

The GT-R Nismo will be on sale in Japan and Europe from February 2014 and in the US in summer. There is no pricing for this car available yet, but we have some nice shots for you below.

Nismo stands for Nissan Motorsport International Limited and was founded in Japan in 1984 as the performance division of Nissan Motor Company. As the official tuner for Nissan, they produce and sell tuning parts, as well as complete cars for a variety of Nissan models. They have also been actively involved in motorsport events including FIA-GT, LeMans, Daytona and the Japanese Super GT. Visit their official website here.

How do you like the new Nismo GT-R? Let us know in the comments!

Hi, I’m Daniel
I write this blog and love JDM cars!
If you have a question simply leave a comment and I will for sure get back to you.

If you like this page you can also help to make it more fun by sharing it with your friends on Facebook! Thanks! 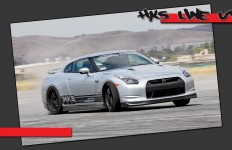 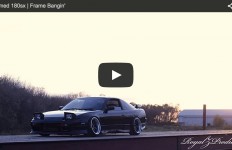 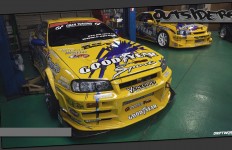 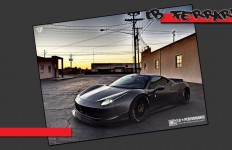